Belarusbank and Mastercard® invite you to touch the future! 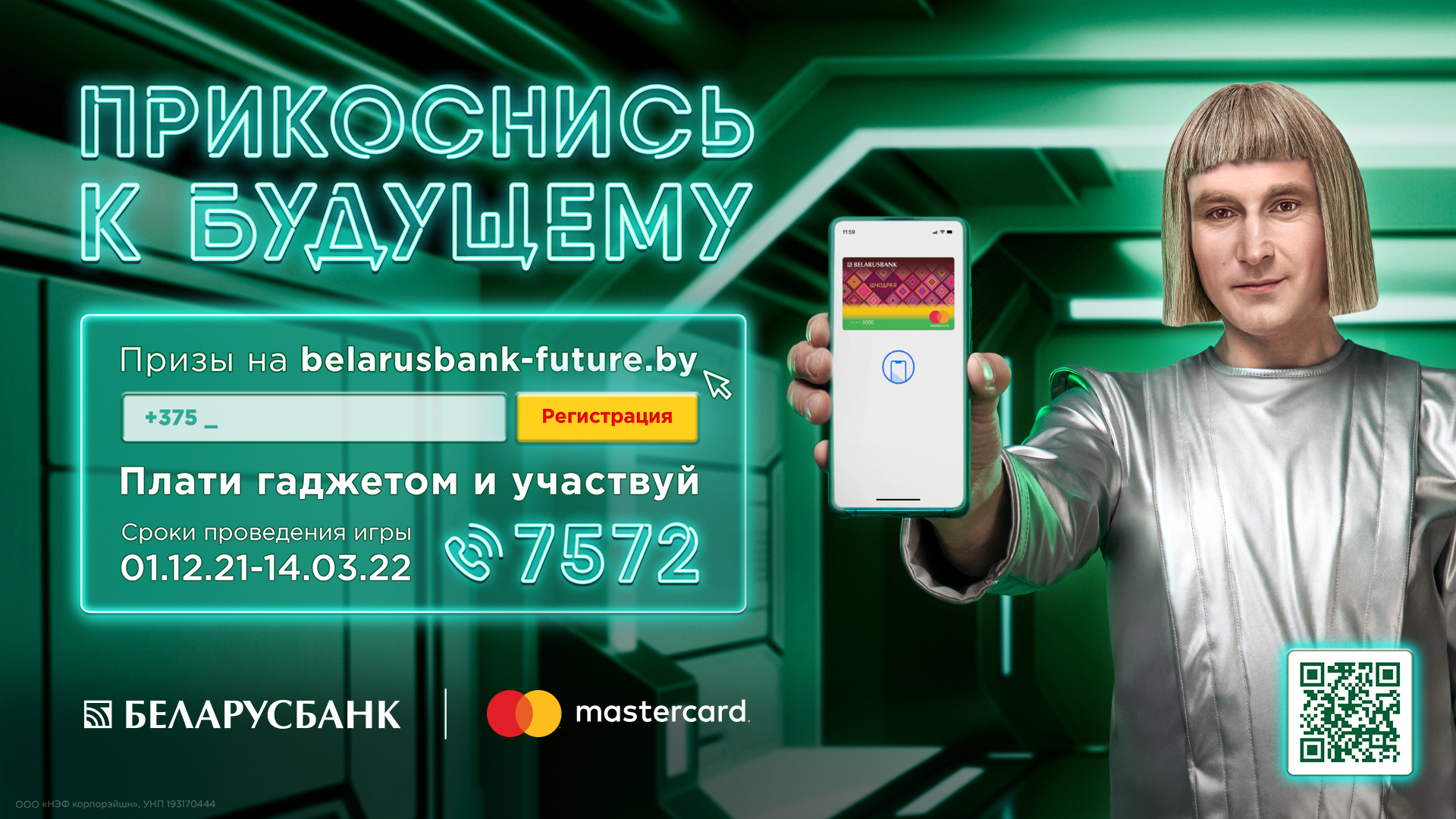 To encourage more Mastercard® holders of Belarusbank to make payments using their gadgets.

The ability to make payments using gadgets (phones and tablets) divides the audience into 2 groups. The first one immediately uses all the technological innovations and does not need advertising communication. But the second part, and especially older people, are wary of new technologies and do not actively take them into their lives. Although they have a smartphone and a bracelet. We decided that they should be told about the technologies of the future by someone who had already arrived from the future, in their distant childhood.

We chose Robot Werther as the main character – one of the main characters of the cult Soviet movie "Guest from the Future". His image has been diligently restored using deepfake technology. Werther became the face of the "Touch the Future" advertising campaign and its voice. On the project website, Werther actively helped to figure out how to link a card to their device, how to make contactless payments, kept a record of transactions and actively encouraged participants to win prizes.

In two months of the project, Werther increased the number of tokenized wallets among all Mastercard® cardholders of Belarusbank by more than 30,000 devices, which is 70% higher than organic growth without advertising incentives. 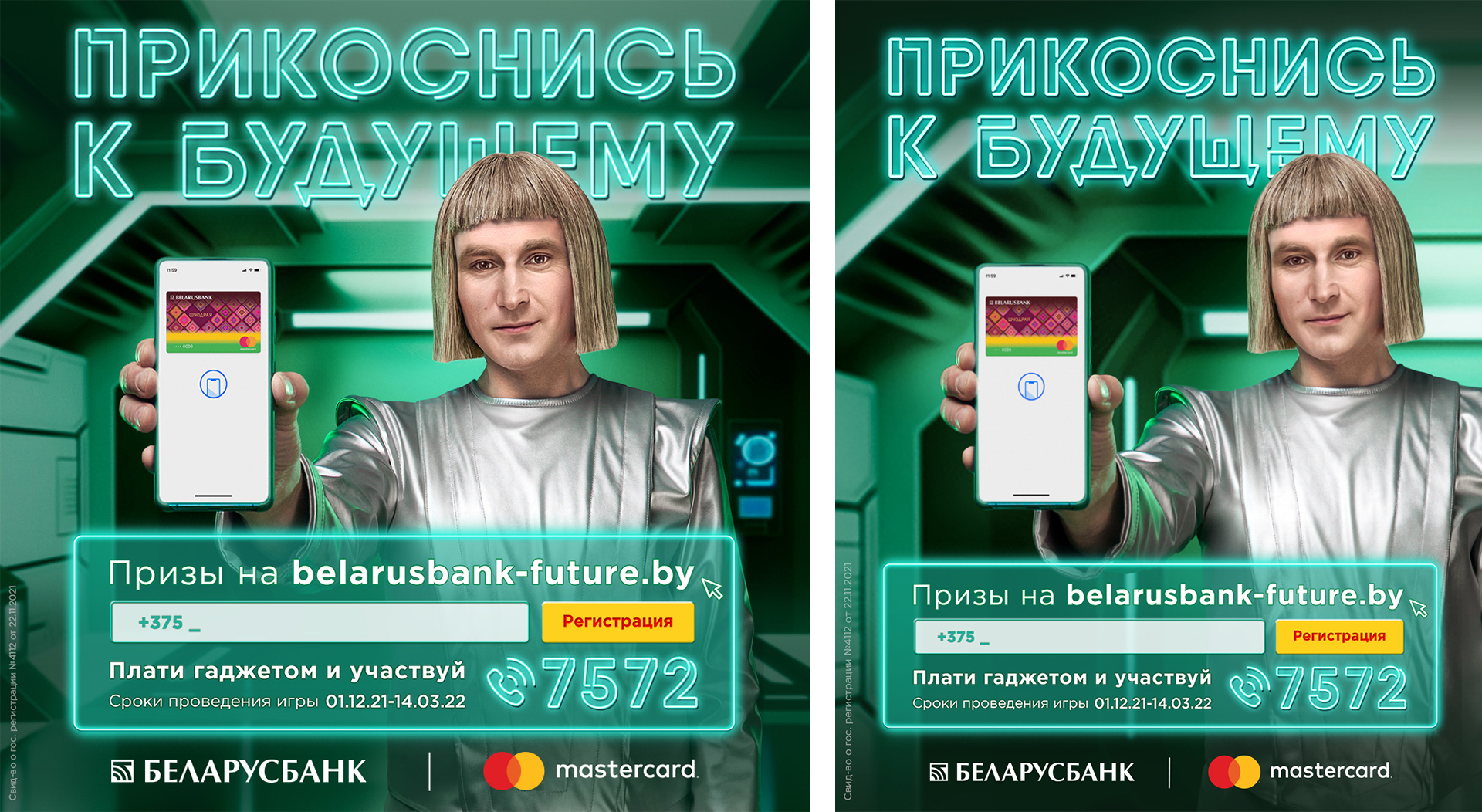