For the second time, on the eve of the New Year holidays, McDonald's Belarus launches "Belarusian days" – a seasonal menu of dishes in the style of Belarusian traditions (a series of "panski" burgers and draniki with sour cream).

We had to draw attention to the "Belarusian days" at McDonald's and motivate people to taste new "panski" burgers.

Continuing the topic of updating Belarusian traditions, we turned to Belarusian folk music. The choice fell on the "sister" of the Scottish bagpipe – the Belarusian duda. We decided to give the duda a new life and show how modern our folk instrument can sound.

Belarusian duda in your smartphone.

We created a DUDA mobile application, which offers Belarusians to play the duda and try seasonal burgers at a special price. All three tracks in DUDA combined the ancient duda sound with modern motifs. Among them, there are Belarusian folk songs ("Kupalinka") as well as tracks written by Vitaliy Artist, the lead singer of Bez Bileta band ("Svyatochnaya", "Maya kraina – Belarus"). Depending on the choice of a song determining the level of difficulty, you will get a discount of 10%, 20% or 30% for the "panski" burger.

In the course of promo campaign, "panski" burger was ordered about 121 000 times. DUDA was downloaded by more than 42 thousand unique iOS and Android users. The tracks from the application received heavy rotation on Unistar radio providing additional coverage for the campaign. 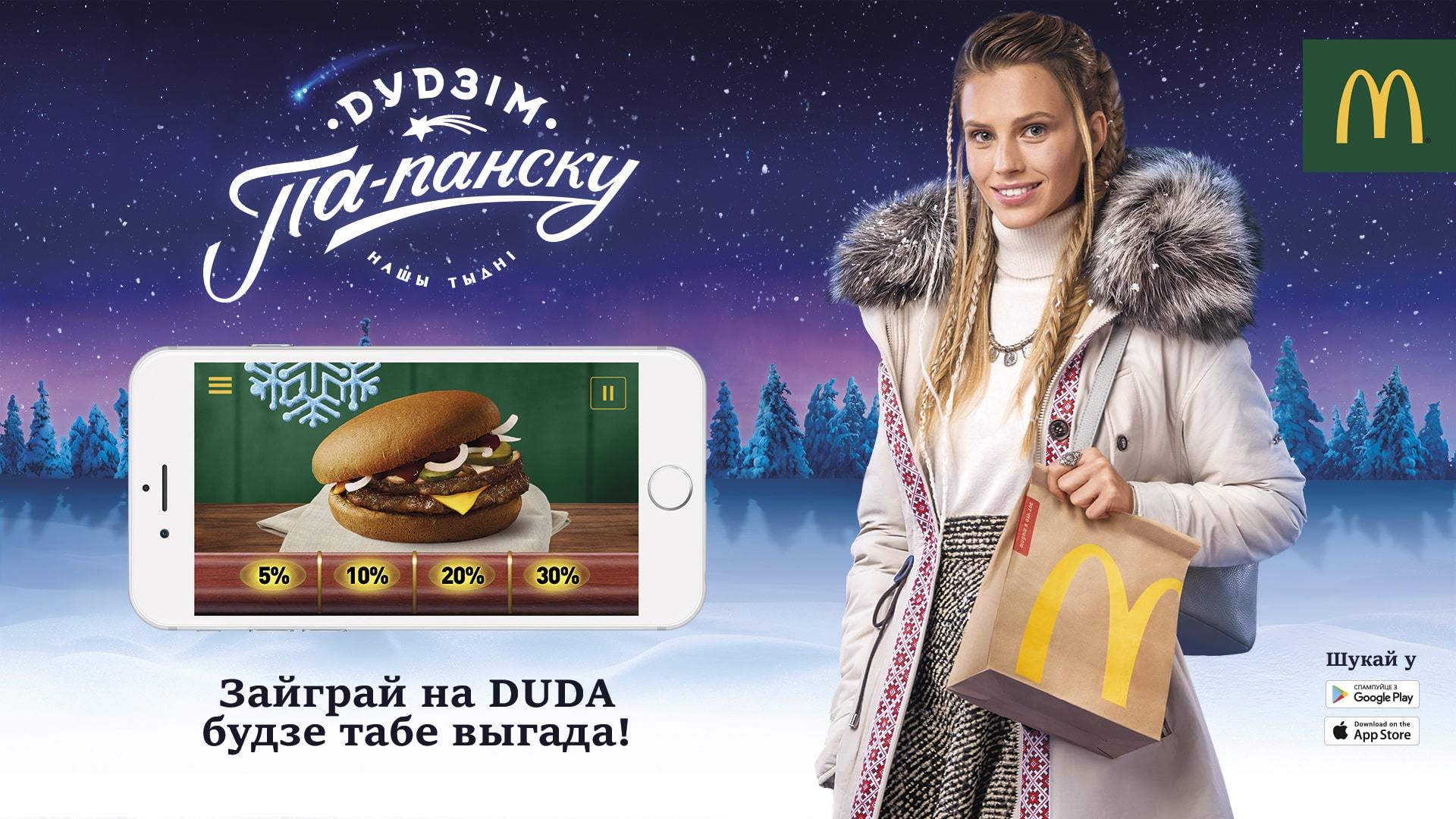 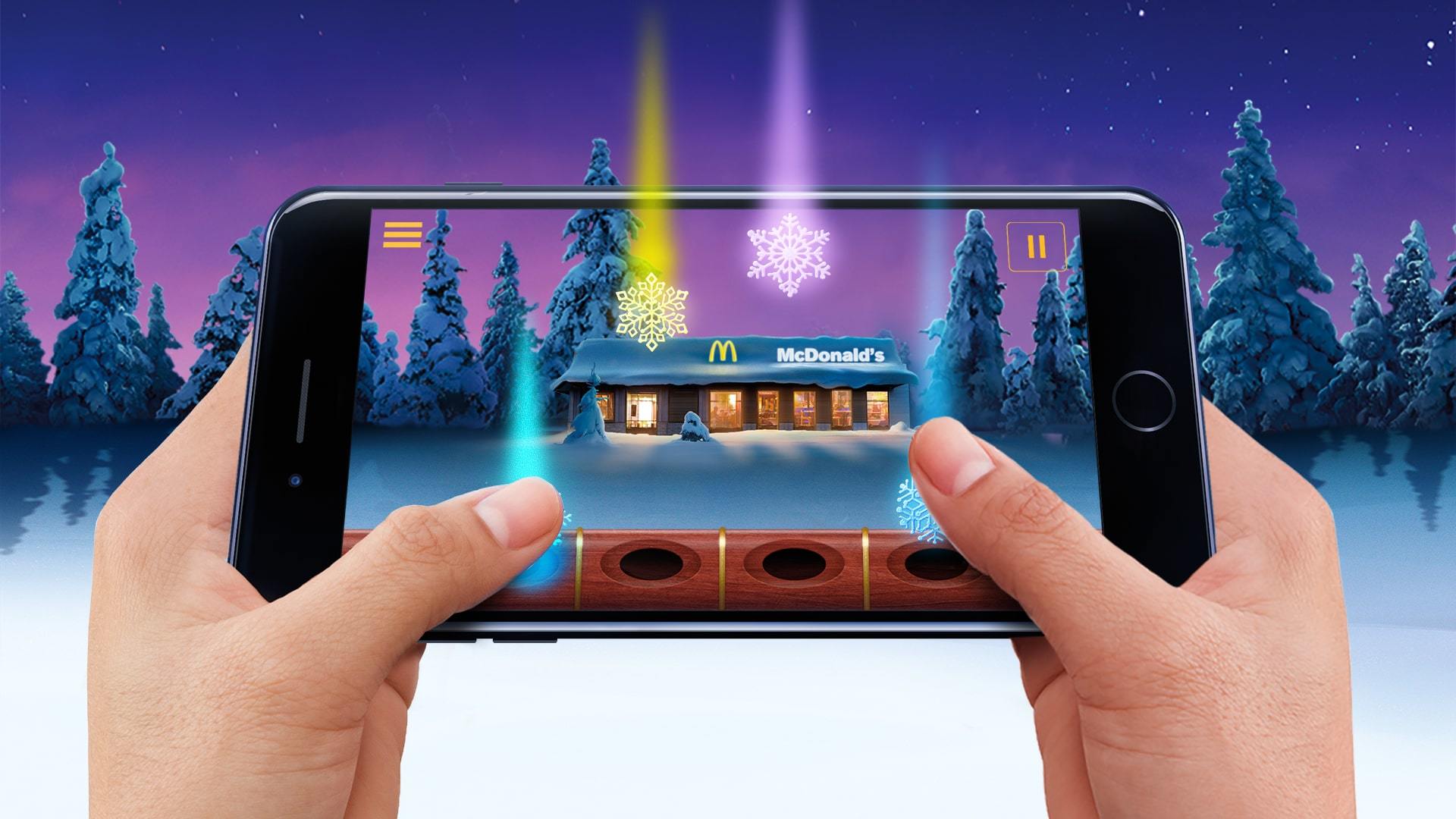 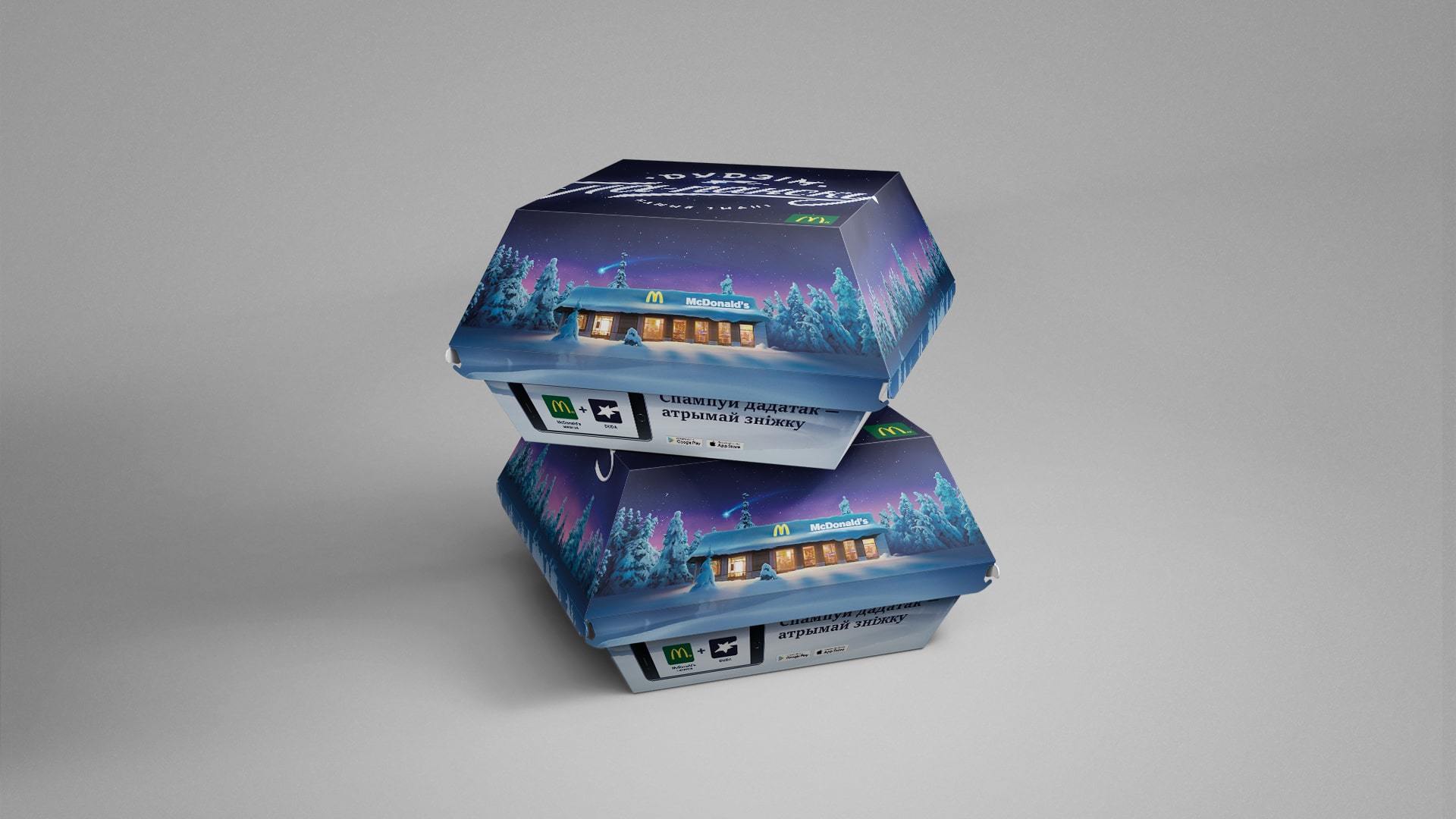